Comprehensive tax reform is a key to Kentucky’s growth. 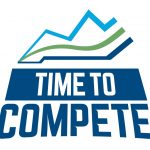 For years Kentucky counties bordering Tennessee have beat the drums drawing attention to reform state tax laws to allow Kentucky to be more competitive and more attractive to live, work and invest. Kentuckians have watched our neighbors to the south flourish exponentially year after year. A quick google search for an aerial image of the Kentucky-Tennessee state line along Christian and Todd Counties is a telling story illustrating the growth difference between the two states.

After years of the legislature wrangling over the subject, in 2018 and 2019, Kentucky implemented a series of successful reforms to drive down income taxes. These reforms have generated strong revenues for the state and new economic growth and investment in Kentucky, proving tax reform works. However, states adjacent and around the country continue to outpace Kentucky. 16 states have passed legislation to cut taxes in recent years, with more to come in 2022. These states include major competitor states like Missouri, Ohio, and North Carolina. Kentucky needs to make sure it is positioned to compete for population, workers, and jobs.

For 97% of respondents in a survey conducted by the Christian County Chamber last fall, tax modernization was important to create a more competitive climate. Then a recent study by the Tax Foundation confirmed in its report presented to the Kentucky Chamber last November the need for a more competitive tax structure for Kentucky to compete. (https://taxfoundation.org/kentucky-tax-reform/) The report provides a menu of Kentucky tax reform solutions. Though, there is an emphasis on the importance of reducing and phasing out Kentucky’s individual income tax as a key strategy. It is the key to growing Kentucky’s population, boosting incomes, and transforming the Commonwealth into a magnet for opportunity.

Tax reform is a priority critical issue during the 2022 session and is emerging as the defining issue for the remainder of the legislature’s time in Frankfort. House Bill 8 lays the ground work for additional reform. It is a plan leading to the elimination of the personal income tax. Beginning in 2023, the plan calls for the rate to be reduced to 4% and then sets triggering mechanisms based on revenue that continues the reduction. Some may argue lowering the income tax could be regressive. The evidence found by the Tax Foundation shows that simply isn’t true. All levels of income earners directly benefit from reduced taxes on their hard work.

Two other bills play rolls with the reform are House Bills 475 and 96. HB 475 is a constitutional amendment leveling the playing field for all counties and cities to work with its citizens to provide more local revenue options for special projects and community needs. HB 96 is an ACT that would eliminate income tax immediately on military retirement pay as a strategy to assist in the continued recruitment of military retirees to live and work in the state. Given an average of 500 soldiers transition out of active duty per month, just at Fort Campbell, this would be an immediate catalyst for population growth if this bill were to pass.

Kentucky faces challenges in the areas of population growth, personal income level and state infrastructure funding. However, we can take advantage of the many people looking to leave high tax and cost of living states by offering affordable options. The report suggests Kentucky is projected to experience robust revenue growth over the next few years, presenting a valuable opportunity for policymakers to pursue reforms.

It is time for Kentucky leadership to initiate comprehensive tax reform that rebalances Kentucky’s revenue source toward growth. Reduction in personal income taxes and sales tax modernization are critical pieces of that puzzle.

I urge you to make your voice heard by calling 1-800-372-7181 and leaving a message for ‘all’ legislators to support these measures.